"We still loved the country, but feared the people ..." 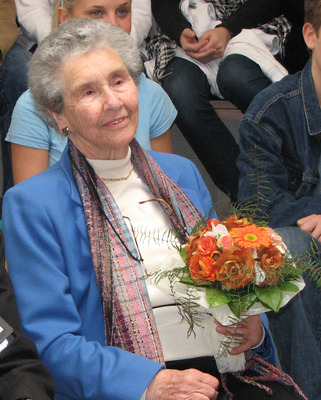 "I lived in the Rochusgasse, and my father's mens clothing store, UNGER, was at that corner. From there, I walked daily to the Reisnerstrasse Elementary school. Later, I attended the Mädchenrealgymnasium Albertgasse 38, where I graduated in 1938, the year of the Anschluss. Our Jewish professors had by then been dismissed; our gentile classmates appeared in their Bund Deutscher Mädchen uniforms. It was a sad, and frightening ending to 8 happy, interesting years.

Shortly thereafter, my father's store was "arianized" and the apartment house our family lived in taken over. It was obvious that we had to leave, and we were fortunate to be able to do so, leaving everything we owned behind.

There followed a difficult trek through Switzerland, France (which was most unwelcoming to refugees}, and finally to England. We had applied for American visas, but they had not come through. In September 1939 the war broke out, and airraid drills, blackouts and the evacuation from London followed, in addition to the constant concern for the Viennese friends we had left behind. I, for one, was evacuated to Cambridge, and actually managed to get a scholarship to attend the London School of Economics there for one term. It was April 1940 when our American visas were finally granted.Our crossing took 2 weeks, zigzagging blacked out across the Atlantic. The first lights we saw were from Halifax, and it seemed like a miracle.

My parents settled in New York, struggling to build up a new livelihood. I moved to Chicago, and, again, was fortunate to receive a scholarship to the University of Chicago, where I studied Social Sciences and Psychology. My father tried for several years to obtain a visa for his father to join us in America. He finally succeded, but the ship my grandfather traveled on was torpedoed and sank. He never arrived. It broke our hearts. 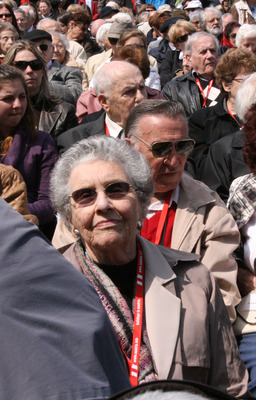 In Chicago, I met my future husband, Hans Kretsch, also a Viennese, with a degree in Physics and Mathematics from the University of Vienna. An excellent education, but we were shocked to discover that, though a Jewish refugee, he was at first categorized as an "enemy alien". In America, too, it was a perilous time.

America, though, has been good to us.

While I never had a career, I worked at various jobs occasionally, volunteered and raised our two sons, who by now are married, and gave us four wonderful granddaughters.

Sadly, my husband died 17 years ago, but we had been able to travel, and even to return to Vienna and our favorite spots in Austria. We still loved the country, but feared the people, and avoided any contact with them. It cannot be forgotten, nor must it be, what happened there, or the friends and family we lost.

As I have said to all your team - the warm welcome we received last year has made all the difference, and I felt welcome at last among the young, new generation.I can never thank you enough.

This, of course, is much too long, and yet it is difficult to condense 88 years of living in this way. Nothing was easy, but somehow, it mostly worked out. Next summer I expect to be a greatgrandmother!

Take care, good love, and I do hope we meet again."