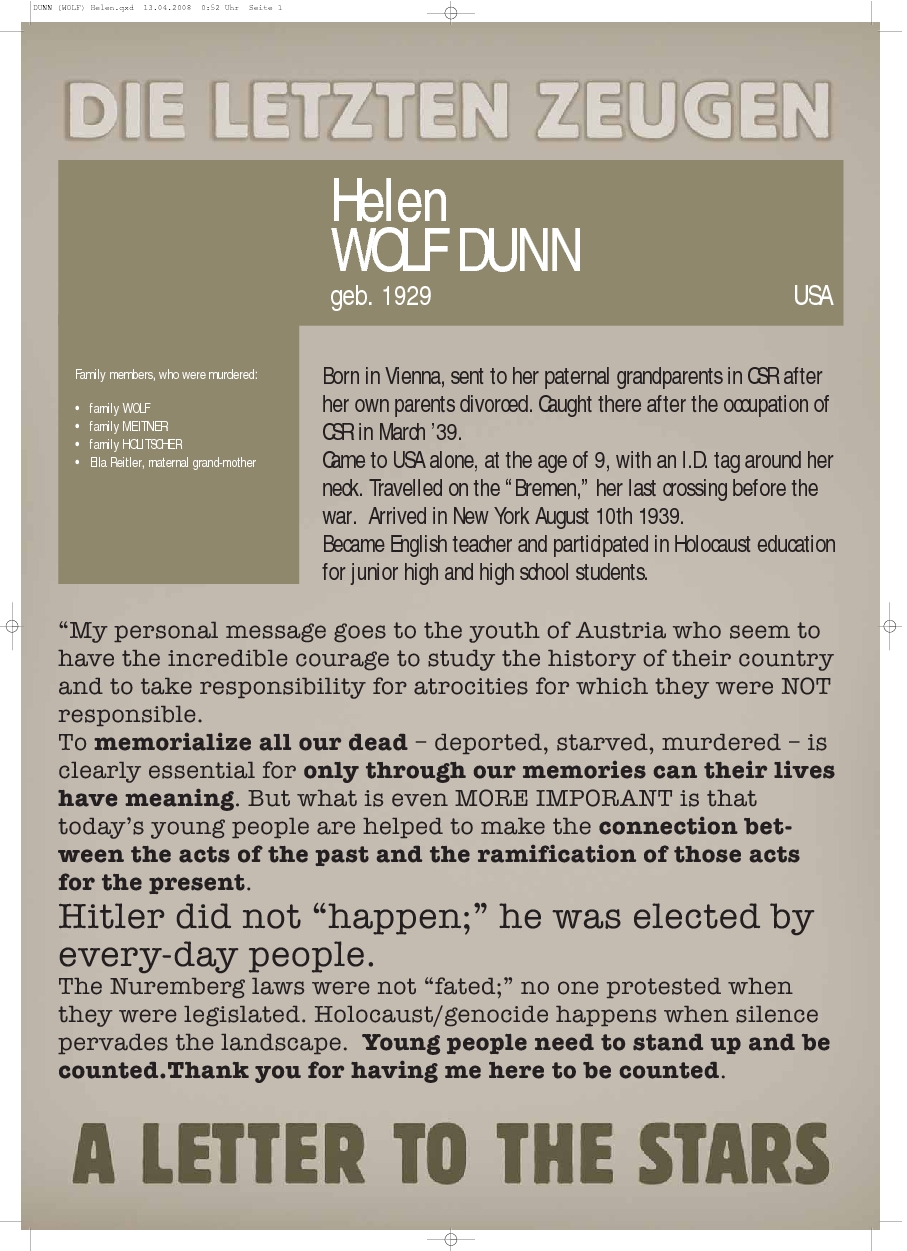 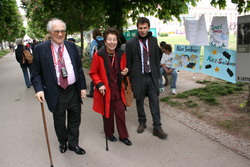 Born in Vienna, sent to her paternal grandparents in CSR after her own  parents divorced. Caught there after the occupation of CSR in March ’39. Came to USA alone, at the age of 9, with an I.D. tag  round her neck. Travelled on the “Bremen,” her last crossing before the war. Arrived in New York August 10th 1939. Became English teacher and participated in Holocaust education for junior high and high school students. “My personal message goes to the youth of Austria who seem to have the incredible courage to study the history of their country and to take responsibility for atrocities for which they were NOT responsible. To memorialize all our dead – deported, starved, murdered – is clearly essential for only through our memories can their lives have meaning. But what is even MORE IMPORANT is that today’s young people are helped to make the connection between the acts of the past and the ramification of those acts for the present. Hitler did not “happen;” he was elected by every-day people. The Nuremberg laws were not “fated;” no one protested when they were legislated. Holocaust/genocide happens when silence pervades the landscape. Young people need to stand up and be counted.Thank you for having me here to be counted.


Family members, who were murdered: