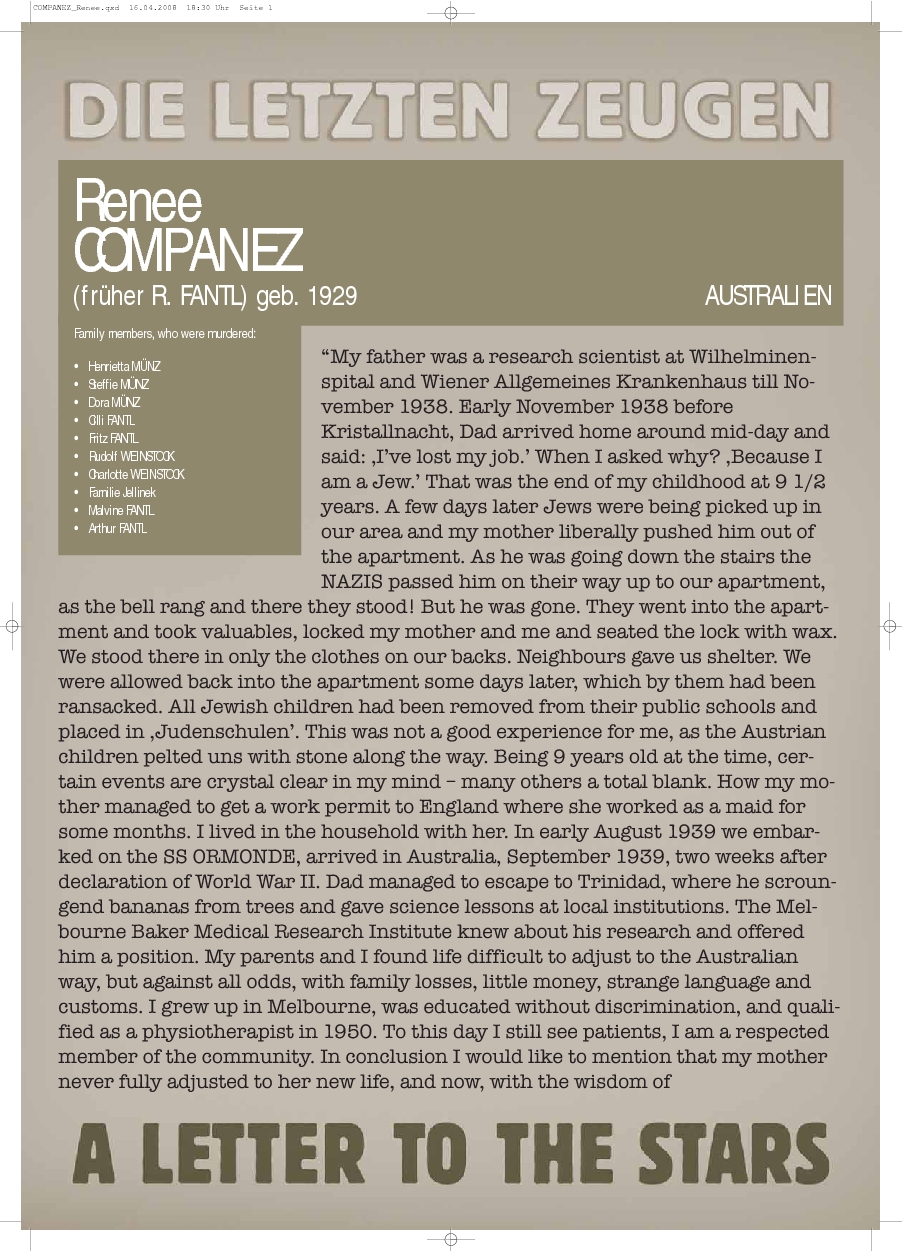 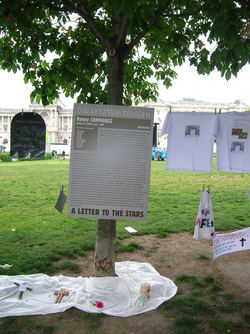 “My father was a research scientist at Wilhelminenspital and Wiener Allgemeines Krankenhaus till November 1938. Early November 1938 before Kristallnacht, Dad arrived home around mid-day and said: ,I’ve lost my job.’ When I asked why? ,Because I am a Jew.’ That was the end of my childhood at 9 1/2 years. A few days later Jews were being picked up in our area and my mother liberally pushed him out of the apartment. As he was going down the stairs the NAZIS passed him on their way up to our apartment, as the bell rang and there they stood! But he was gone. They went into the apartment and took valuables, locked my mother and me and seated the lock with wax. We stood there in only the clothes on our backs. Neighbours gave us shelter. We were allowed back into the apartment some days later, which by them had been ransacked. All Jewish children had been removed from their public schools and placed in ,Judenschulen’. This was not a good experience for me, as the Austrian children pelted uns with stone along the way. Being 9 years old at the time, certain events are crystal clear in my mind – many others a total blank. How my mother managed to get a work permit to England where see worked as a maid for some months. I lived in the household with her. In early August 1939 we embarked on the SS ORMONDE, arrived in Australia, September 1939, two weeks after declaration of World War II. Dad managed to escape to Trinidad, where he scroungend bananas from trees and gave science lessons at local institutions. The Melbourne Baker Medical Research Institute knew about his research and offered him a position. My parents and I found life difficult to adjust to the Australian way, but against all odds, with family losses, little money, strange language and customs. I grew up in Melbourne, was educated without discrimination, and qualified as a physiotherapist in 1950. To this day I still see patients, I am a respected
member of the community. In conclusion I would like to mention that my mother never fully adjusted to her new life, and now, with the wisdom of

Family members, who were murdered: