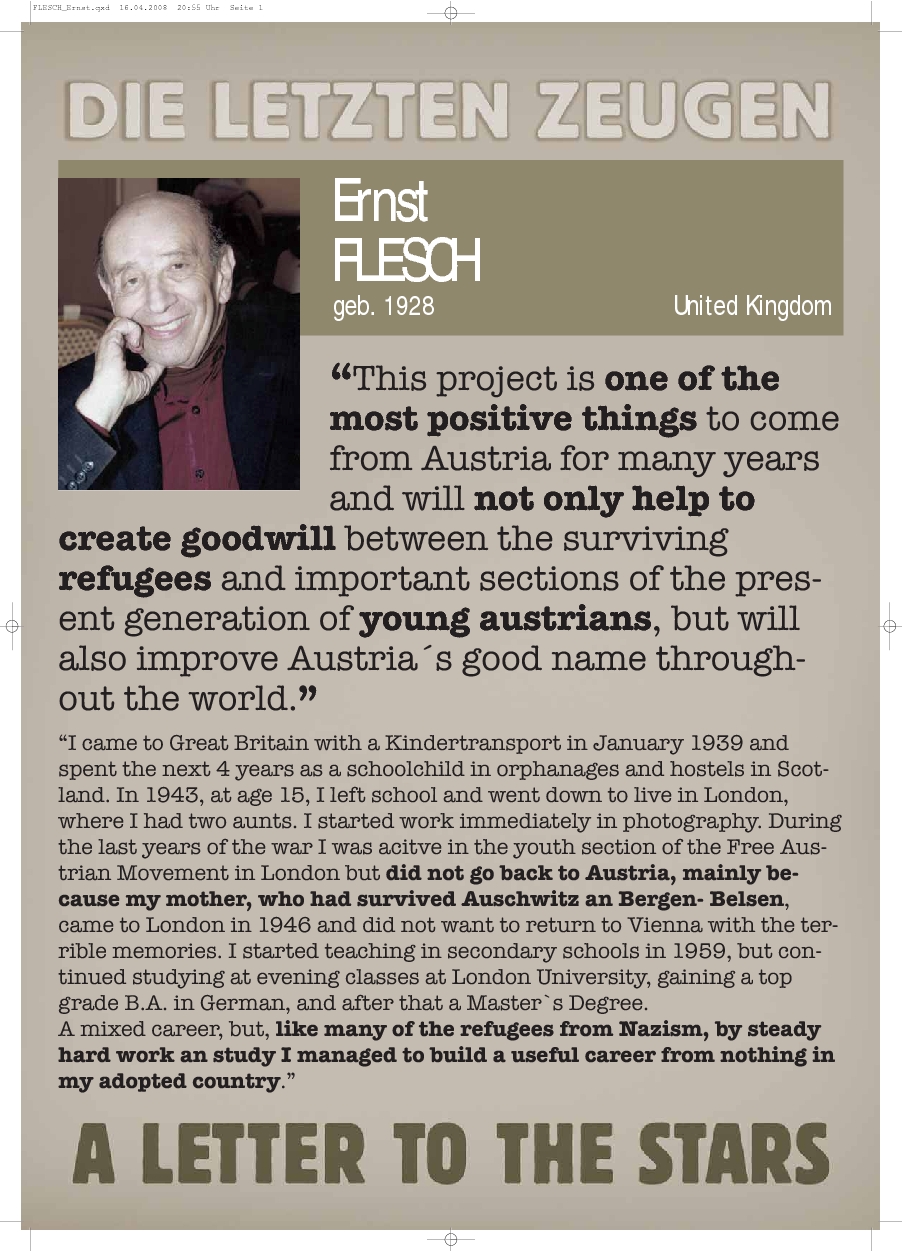 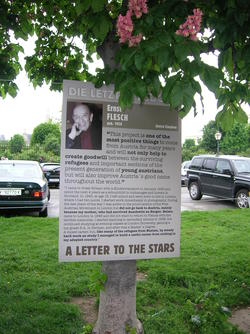 between the surviving refugees and important sections of the present generation of young austrians, but will also improve Austria´s good name throughout the world.” “I came to Great Britain with a Kindertransport in January 1939 and spent the next 4 years as a schoolchild in orphanages and hostels in Scotland. In 1943, at age 15, I left school and went down to live in London, where I had two aunts. I started work immediately in photography. During the last years of the war I was acitve in the youth section of the Free Austrian Movement in London but did not go back to Austria, mainly because my mother, who had survived Auschwitz an Bergen- Belsen, came to London in 1946 and did not want to return to Vienna with the terrible memories. I started teaching in secondary schools in 1959, but continued studying at evening classes at London University, gaining a top grade B.A. in German, and after that a Master`s Degree. A mixed career, but, like many of the refugees from Nazism, by steady hard work an study I managed to build a useful career from nothing in my adopted country.”
PDF anzeigen